Opinion: Attack shows racism is on the rise in our own backyards 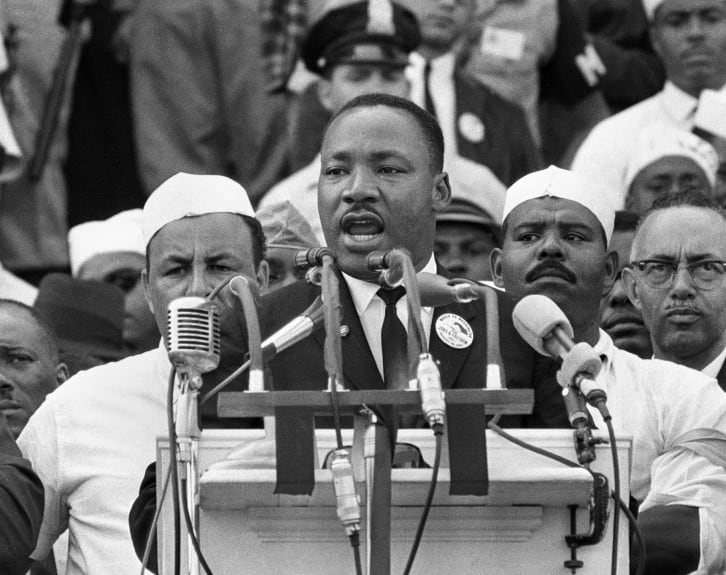 Hate crimes, mostly based on race, are at an all-time high around the nation, including here at home.

As the celebration of Black History Month comes to a close, how significant are the words from Martin Luther King Jr.’s “I Have a Dream” speech in 1963. King said black lives were “still badly crippled by the manacles of segregation and the chains of discrimination.”

Today, racial segregation no longer is legal, yet our communities still are largely segregated along racial and socio-economic lines. Discrimination is unlawful, but the prejudice and racism pervasive in our public systems seems to be getting worse — as evidenced by the fact that today there are more African-American men under correctional control than were enslaved in 1850. One in three black men can expect to be imprisoned in their lifetime? Black and brown children are vastly overrepresented in the county’s foster care system and represent more than 70% of those involved in school-related law enforcement action. And I’m not even talking about the police shootings of unarmed black men.

A White House that’s fueling this “us vs. them” mentality has hindered our progress toward the dream King spoke of; in fact, racism has become more overt since the Trump administration began. According to the Southern Poverty Law Center, the number of hate groups in the country has risen 30 percent since around the time of Trump’s campaign and presidency.

Hate crimes, mostly based on race, are at an all-time high around the nation, including here at home.

Last summer I personally experienced a racist attack. My wife and I were celebrating at one of our favorite places in Santa Cruz. After a great dinner, we were leaving when a man from the wedding down the hall accosted us. He was drunk and belligerent; he rushed toward us, got in my face, and screamed, “You guys need to go back to the #%$ hole you crawled out of!” A long, ugly scene ensued, in which the man continued yelling racial epithets, the bartender tried to get him to leave, the man’s friends surrounded me aggressively, and his girlfriend started harassing my wife. Eventually the police arrived, but by then the man was gone.

Thank God we weren’t physically hurt, but the anxiety of being violently targeted because of the color of our skin was traumatic. We didn’t sleep that night. If it hadn’t been for the bartender and other restaurant staff, I don’t know what would have happened.

These types of incidents aren’t on the 6 o’clock news, but they are happening every day right here in Silicon Valley, a place that I’ve lived all my life and raised my family.

Yet most hate crimes — an estimated two-thirds, according to local officials — are not reported to police. That’s why I am sharing this story.

I share this story because people need to know that racism is on the rise in our own backyards and we must stand against it. I share it because I believe we (all of us) need to create a movement of transformation, belonging and togetherness. Dialogue is the leverage point for creating an alternative future, and the core question that must underlie each conversation is, “What can WE create together?”

Let’s take back the dialogue and begin a change in creating equality and fairness for every child, regardless of the color of their skin.

As King said, “Now is the time to lift our nation from the quicksands of racial injustice to the solid rock of brotherhood.”

André V. Chapman is the founder and CEO of Unity Care, a nonprofit organization dedicated to providing supportive services and stable and affordable housing for youth in and aged out of the foster care system. www.unitycare.org