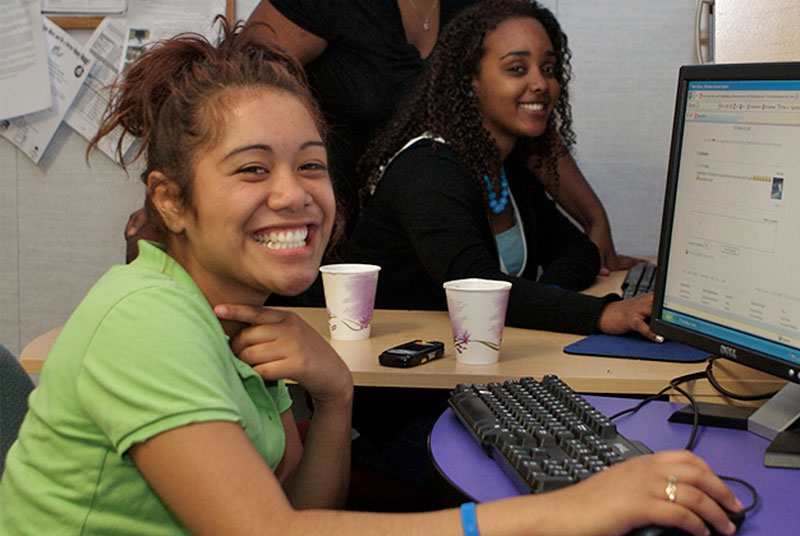 Denisse was born in Mexico City, Mexico and was sent to the U.S by her mother in order to live a safer life with her biological father. At the age of 15, her father dropped her at the airport, trying to send her back to Mexico. Being left to tend to herself, a janitor provided Denisse with words of encouragement and informed that she did not have to leave if she did not want to. Denisse had a negative aspect of the world and afraid to be in the foster care system at first. However, she decided to stay in the United States and enter the foster care system.

Denisse was placed with a foster family who inspired her to look forward to the future and move on from her past. She learned to appreciate the little things and take advantage of the services and support from the foster care system. She received support from Teen Force, tutoring services, and CASA; went to therapy and workshops; and embraced her placement at Unity Care. Denisse looked forward to be placed in a transitional housing for youth with Unity Care and worked hard on her program to accomplish her goals of being financially stable and link to services that will assist with her future. Joining Unity Care in early January 2017, Denisse learned to communicate more effectively, since English is her second language. She built the confidence to be her own advocate as well. Denisse overcame her barriers by consistently meeting with her support in and outside of Unity Care.

In June 2018, Denisse graduated Leigh High School and was awarded 5 scholarships. She also received a plaque at her former high school from the Vice Principal and a recognition award. Denisse currently attends her summer internship for the second year in a row at Kaiser Permanente. She plans to attend San Francisco State University in the upcoming Fall 2018, majoring in biology. Denisse plans to become an Obstetrician-Gynecologist (OBGYN)because she wants to help couples form a family: a motive of encouragement since she grew up without family herself. Denisse continues to work hard to fulfill her dreams. She is an inspirational young adult who looks forward to accomplishing her goals, thanks to all the support from her team at Unity Care.